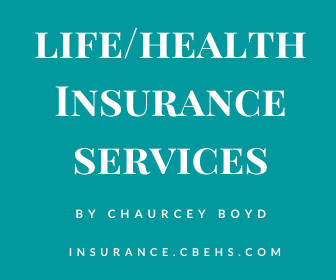 Much corrective action is needed at Federal, State, and local levels. We certainly know this is not an easy task and needed correction cannot be made overnight.  We are also aware that missteps will be made by both community citizens including us and city officials including the police/sheriff departments.  Yet, such corrective efforts are of paramount importance and we are here to work with law enforcement officials to obtain needed improvements. We certainly acknowledge that many issues have roots in historical events/attitudes constructed before we were born.  Nevertheless, each generation has the obligation to correct and not perpetuate wrongs of previous generations.  All law enforcement officials and government officials in general should always know that we are their friend and not their enemy.

Part of the purpose of this website is to make centrally transparently publicly readily and easily available local law enforcement policies and procedures and data with respect to Equitable Justice in Policing and associated issues.  Right now people have to wade through and search far too many sites and levels to ascertain such information about the multitude of law enforcement agencies/departments in the Texarkana Area.

Below is a list of selected documents from the identified City. Texarkana Texas Documents were identified through a search of the city website in May-July 2020.  From the City website home page click on departments and then police department and you will see the General Officers Manual link. Additional documents are available at the city website.  I later discovered the Texarkana Texas Police department has a website at http://texarkanapolice.net (not www) which seems to be just another way to get to the information available on the city website.  Information concerning Bowie County, Texarkana, Arkansas and Miller County has not been as abundantly identified yet.

On June 15, 2020 Texarkana Texas Police Department posted a document entitled “Where We Stand” that addresses various elements of their policies and procedures seemingly in response to the 2020 racial justice concerns nationwide and locally.  We certainly commend the city especially Chief Schutte and staff for recognizing the importance and community value of addressing the community law enforcement concerns.

The Where We Stand Document under the section entitled “BAN CHOKEHOLDS AND STRANGLEHOLDS” says  “the use of “chokeholds” and “strangleholds” are not authorized for use by your Texarkana Texas Police Officers. The carotid hold is classified as deadly force and properly trained officers may used it only in self defense or in defense of a third party when it reasonably appears that there is imminent danger of serious bodily injury or death.”

Their “Authorization of Deadly Force” document dated July 1, 2020 under Section Three says “Examples of deadly force are:
1. Discharge of a firearm at a person.
2. Carotid Hold (choke hold).
3. Vehicular force.

One point of seemingly ambiguity is the definition of and difference between, if any, a carotid action and a choke hold.  The Where We Stand says a choke hold is not authorized by the department but the “Authorization of Deadly Force” seemingly equates the carotid with the choke hold and therefore indicates the choke hold is authorized.  All of this needs to be clarified in the Where We Stand and Authorization of Deadly Force documents, with KTAL, and the community at large.

This ambiguity of definitions seems to be nationwide.  Therefore, I understand why it seems cloudy in the local area. It appears that in the minds of at least some officers the carotid and choke hold are the same which may lead to a dangerous conflation in application if they are not the same.  This suggests the possibility of the presence of a training deficiency. That is one reason I advocate and have so stated to Arkansas and Texas Governors and Attorneys General that a Uniform Specifications need to be formulated at least at the States level if not Federal Level due to possible Constitutional restrictions as the type of citizens are the same in every area of the country by and large.

The City Website Column should have the latest document. The Downloaded column is included since organizations tend to reorganize websites and change links; therefore in case the City Website link is broken the downloaded version is available for information purposes.   Additionally, the downloaded version provides a historical comparison. Provided means not taken from web but provided by organization.

Biased Based Policing and Racial Profiling

Use of Force Training and Proficiency for Less Than Lethal Weapons

Use of Deadly Force Training

Authorization to Use Response to Resistance or Aggression

Removal from Line of Duty After Use of Deadly Force

Response to Resistance or Aggression Documentation and Review

Medical Aid After a Response to Resistance or Aggression

The Texarkana Arkansas Use of Force document has been provided in hard copy. The document is dated June 16, 2020. It does not use the terminology choke hold but does use the terminology Vascular Neck Restraint under Deadly Force which seems to be another word for Choke Hold. Note that it has been reported that the Neck Restraint was once under the non-deadly force section. Updates in June reportedly moved it do deadly force perhaps in response to national events in May/June 2020 timeframe. This raises the question of whether the policies should be approved by the City Council before changes are made since such policies seem to be at the whelm/discretion of the Police Department. I asked if City Council approval was a requirement and the Police Chief said it is not. In my mind this further solidifies the idea that policies should be approved at least at the Governors/State Level if not Federal Level. Scanned page extracts from the document may be found here. Noteworthy with respect to deadly force are paragraph B on page 3, paragraphs A & B under Deadly Force on page 6, and paragraph 5 on page 7. The Arkansas Association of Police Chiefs publishes an Arkansas Association of Chiefs of Police (AACP) Model Polices as along with the Arkansas Law Enforcement Accreditation Program (ALEAP). The Response to Resistance document of those Model Policies is instructive. Note this response to resistance document does not specifically mention choke holds or neck restraints; I find that very problematic given the pervasive authorization of some form of neck restraints.

Minneapolis Procedures Manual PDF is the link to the file I generated when the Minneapolis site could be easily accessed. The captured procedures manual is dated October 21, 2019  and was seemingly uploaded to the Minneapolis site on May 30, 2020  which was five days after George Floyd incident.  Here is the link to the actual Minneapolis Procedures Manual on their website. But now according to the last time I tried to access it, I suppose due to concerns generated by the protests they have made the site more difficult to access.

US House of Representatives Justice in Policing Act of 2020

Article on Killing of Blacks by Law Enforcement in 2020