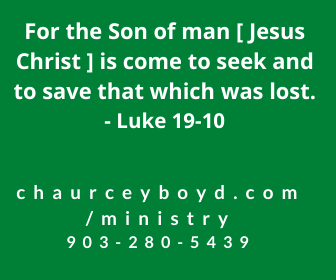 A question being asked and has been asked for a long time across the nation is whether improper systemic partiality exists with respect to race and gender and what should be done about it.

The same question should be asked with respect to local conditions within Texarkana USA.

This site in other articiles identify a number of disparities (e.g., socio-econonmic, education, law enforcment) within and across races.  Such disparities of course exist for a variety of reasons.  Some of those reasons are a function of the policies and attitudes of government, businesses, and various other community and societal elements .  Yet some are not a function of race but a function of individual, family, culture, and environmental attitudes and other improper tendencies.

The challenge is to discover negative causes and rid oneself, one’s family, one’s culture, one’s environment and one’s government and society in general of such negative causes.

Solutions should be devised that reduce/eliminate improper unreasonable disparities/inequities for all people regardless of race or gender or other characteristics.

Below I will outline some observations.

By my calculations for Texarkana, USA the 2016 median (average) poverty rate for whites and blacks was 13.35% and 39.95% respectively showing black poverty rate approaches three times that of whites.

Certainly, I am concerned with and hope to contribute to resolution of the poverty gap between whites and blacks. Yet, I must also be converned with improving the lives of the 13.35% whites as well as the 39.95% blacks. Christian and human impartiality demands I do so.

One might make the mistake of concluding that most blacks and most whites are doing well given that 86.65% of whites and 60.05% of blacks are above the government specified poverty level. The problem with that conclusion is that the government poverty threshold is minimal at best and does not reflect a desired level of quality life for most.

The poverty threshold is largely a getting by amount. Those at lower levels above the threshold may not be able to for example sufficiently invest in their children’s future like those further up the chain. So then an inequality or disparity begins to emerge not only with respect to poverty but also with respect to capacity above poverty.

Also, these statistics show that there is a large gap between blacks and white such that blacks relative to whites are not doing very well proportionately.

Focused efforts to discover and resolve the real causes and short-term/long-term effect of poverty disparity would implement solution elements available to all racial groups and therefore reduce the poverty rate for all as the goal is improved quality of life for all regardless of race and gender, etc.

Now let us briefly look at K12 education.  I only had 2016 data available from Texarkana Arkansas School District (TASD).  So I will only address it  here.

Texarkana Arkansas School District 2016 ESEA Report seems to say there is a large gap in performance across races.

Please see other articles on the site for more information.